India all-rounder Hardik Pandya is enjoying some great time off the cricket field. However, he would forget what happened to him throughout 2019. He ran through a series of injuries and hasn’t turned up to play cricket match for India for quite a long time. Since 2018, he didn’t play even a single Test and to make things worse, he failed to score runs in the ICC World Cup 2019 semi-final clash against New Zealand.

Since then, he didn’t play ODI games for India. He last played a T20I match against South Africa and that too a few months ago. His injury prevented him from playing the game and was desperately waiting for his turn to play for India after he regained full fitness.

Apart from his professional life, he has been thoroughly enjoying his love life. In the recent months, he was spotted with Natasa Stankovic a few times and they were also seen hanging out with each other in Mumbai.

On the memorable occasion of New Year, Hardik Pandya revealed his relationship status on social media. Hardik took to his official Instagram handle to shared a candid pic with Natasa where they were seen holding each other hand-in-hand. ‘Starting the year with my firework,’ the caption read.

After that, he posted a series of pictures and videos on Instagram. In addition, he also shared a Hindi phrase. ‘Mai tera, Tu meri jaane, saara Hindustan. 01.01.2020 #engaged,” he wrote. [Translating to English- I’m yours, you’re mine. Let entire India (world) know].

Virat Kohli, Yuzvendra Chahal, Kuldeep Yadav, KL Rahul and other Indian cricketers congratulated Hardik Pandya on his engagement. Meanwhile, social media was quite surprised to see were surprised to see a congratulatory message from Natasa’s ex Aly Goni who chipped in with heart emojis. 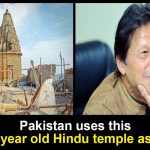