Not a long ago, Larry Page and Sergey Brin – the co-founders of Google and Alphabet world published a letter announcing that Google CEO Sundar Pichai will take charge as the new Alphabet CEO.

Sundar Pichai will be the CEO of both Google and Alphabet and will be looking forward to a new challenge. He will be the executive responsible and accountable for operating Google, and managing the Alphabet’s investment in the portfolio of Other Bets.

Larry and Sergey also noted that “Alphabet and Google no longer need two CEOs and a President.” As for their involvement with the companies, they note: “We are deeply committed to Google and Alphabet for the long term, and will remain actively involved as Board members, shareholders and co-founders. In addition, we plan to continue talking with Sundar regularly, especially on topics we’re passionate about!”

Sundar who has been leading Google as Chief Executive Officer since 2015 has worked with Larry and Sergey for over 15 years and both of them have showered praise on Sundar for his “confidence in the value of the Alphabet structure, and the ability it provides us to tackle big challenges through technology.”

Google CEO Sundar Pichai is famous all across the world for his epic success. From staying in a two-room apartment in Chennai to living in a beautifully designed home in the USA, he has come a long way. He has had quite an interesting journey. His net worth is estimated to be at $1.2 billion. His salary is $199.7 million.

As per Bloomberg, Pichai reportedly turned down the shares just because he felt his compensation was more than adequate.

The exact amount which he turned down is not so clear, but it is estimated to be about $58 million.

At a staff meeting previously this year, a Google employee asked why the CEO was receiving such a massive paycheck when a number of lower-level workers find it hard to make ends meet in Silicon Valley.

Supposedly, parent company named Alphabet will meet later in this year to look into his compensation and maybe revise some parts of it. But by then, his previous stock rewards will no doubt have been vested already.

It should be noted that Google Fiber is one of the companies which is closely associated with Alphabet. The company offers broadband internet services in the United States. It has received good feedback from the users as well.

In case you didn’t know, Google Nest was acquired by Google in 2014. Google Nest primarily focuses on making smart home gadgets like thermostats, smart speakers, smoke detectors and so on.

This company deals with research and growth of biotechnology.

Verily is totally dedicated towards life sciences. Initially, it was one of the parts of Google X but now it has ended up being a subsidiary of Alphabet.

Google owns Google Ventures and this company makes decision on investments and finances.

The Moonshot Factory which is known as X Google was found in 2010. It is nothing but a diverse group of inventors and entrepreneurs who build and launch technologies that strives to enhance the lives of millions, even billions of people. For the unversed, Moonshot Factory now operates as a subsidiary of Alphabet Inc.

Capital G is another subsidiary of Alphabet. This company is nothing but a source of investment in new tech startups. 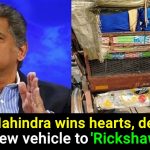 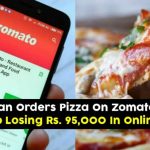