Anand Mahindra, chairman of Mahindra group who is known for his entrepreneurship skills is active on the social media platform more often than not. He always chips in with interesting, inspiring and entertaining posts. Time and again, he has won millions of hearts with his gesture.

Anand Mahindra offers an internship to a Millionaire’s Son who was found washing dishes in Shimla. The business tycoon had recently took to his Twitter handle to appreciate the efforts of a 19-year-old as he ran away to Shimla to live on his own and become something big in life. The leading industrialist of the country had offered an internship to him.

He was washing utensils in a hotel in Shimla and was sleeping on the roads. According to the report, he had been working in this hotel for over a month and Dwarkesh had no interest to continue with his engineering because he wanted to prove himself to his family. This is the main reason why he ran away from home.

Anand Mahindra to gift a brand new SUV to a man who takes his mother on a pilgrimage. A man identified as Dakshinmurthy Krishna Kumar from Mysore has left his banking job in order to take his mom on a pilgrimage. That news spread like wildfire on the social media platform and it did even reach out to business magnate Anand Mahindra.

“This is a Gap Year I wish I had! Dakshinmurthy Krishna Kumar from Mysore left his banking job and travelled with his mom on a scooter. A total of 48100 KMs. The reason? His mother had not stepped out of her town & he wished to show her India! #TuesdayMotivation,” a Twitter user wrote.

Anand Mahindra wants to invest in 80-year-old Idly-vendor’s business
Chairman of the Mahindra Group took to his Twitter account to share an interesting story with us. We all must have known about the 1-rupee idly vendor, who sells idlies to the needy daily. 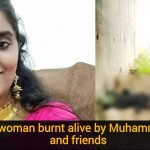