Amar Singh Rathore was a Rajput nobleman and was a great warrior. He was born on 12 December 1613. He was naughty and brave since his childhood. He was a courtier of the Mughal emperor Shah Jahan in seventeenth-century India. His father was Raja Gaj Singh who was ruling Marwar region under Mughul ruler Shah Jahan. But he was disinherited by his father and exiled for saving a bandit from the Mughals. Later, he went to Delhi Sultanate and joined Shah Jahan.

]Shah Jahan was impressed by his talent and bravery thereby he appointed him Jagirdar of Nagaur. However, Salabat Khan, brother-in-law of the emperor, wanted to defame Amar Singh as Rathor was earning huge respect in the state. Soon Salabat found some trifle about Amar Singh’s unauthorized absence and made it a big issue before the emperor. He wanted the penalty to be imposed on Amar Singh. According to historians, Rathore got angry when the emperor imposed a fine on him for an unauthorized absence. Due to which he took his sword out and killed Salabat Khan in front of the emperor.

On this, Shah Jahan snapped at Amar’s misadventure but he knew very well that his force could not kill Rathor. So, on the following day, he made an announcement that a jagir will be offered to those who would kill Amar Singh. However, no one could pluck up the courage to kill Amar Singh, as they had witnessed his wrath just a day before. Arjun, Amar Singh’s brother-in-law, was lured by the emperor’s offer of a jagir and accepted the challenge.

Arjun devised a plan to kill Amar and he approached him. Arjun said to him that the Monarch had realized his mistake and wanted to meet him. Amar Singh got trapped in his trap. Finally, Amar was killed by deception. Later Shah Jahan backed out of his promise made to Arjun and had him killed too. On hearing of Amar Singh’s demise, his wife along with the Rajput soldiers headed by Ballu Champavat attacked the fort where the body of Amar Singh was lying. However, the Rajput forces were surrounded by Moghul soldiers. The valiant Rajput forces resisted them until Amar Singh’s body was taken away from the fort.

Amar Singh Rathore is considered one of the most powerful Rajput. He died as a free man. The bravery of Amar Singh Rathore and Ballu Champavat is still remembered in folk songs in Rajasthan. A Hindi movie based on Amar Singh has also been made in 1970, named ‘Veer Amar Singh Rathore’ and directed by Radhakant. A gate of Agra Fort was named after him as ‘Amar Singh Gate’ which is a major tourist attraction in Agra. 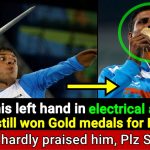 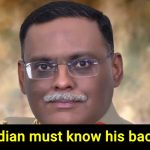