Child prodigies hit the headlines for all the right reasons and Shubham Jaglan showed how good he is at golf. He is just 15 years old and already has a bright future ahead in Golf.

The young champ produced a world record in the Classic Junior Open in 2012. Then a year later he won the World Masters of Junior Golf and was literally on top of his game.

An unexpected additional good thing came in 2015 when he bagged the Junior World Golf Championships. It was then followed by the 2016 European Junior Championship. Shubham is now a promising star and still has years ahead of him in this field.

Things started to look up as the Delhi Golf Foundation recognised the young talent. He was given a scholarship of Rs 2 lakh per year including a Delhi Gold Club membership. Therefore, he had relocated to the capital with his father and then continued his training.

He was born in Israna, Panipat district, Haryana and his father is a milkman. Let’s learn about how he ended up playing golf. There was a gold academy that a NRI had initiated in his village and despite the family’s objections, his grandfather had enrolled him. The academy was closed after some days but that didn’t stop Shubham from training.

His secret behind touching the pinnacle of success is quite simple. He was daily practising in his backyard and his grandfather supported him through and through by converting the backyard into a golf course. He perfected the art of playing the sport by watching YouTube videos and then his life changed. 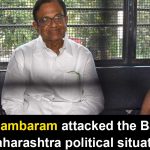