ISRO chairman Dr K Sivan made the headlines recently when he dropped a massive about the latest development of space agency. He said that Chandrayaan-2 is not the end of the story about India’s attempts to conquer the moon. Speaking at the IIT Delhi’s golden jubilee convocation, he said the ISRO will attempt one more soft landing on the far side of the moon’s south pole “in the near future”.

He added that several advanced satellite launches are planned in the coming months. “You all have heard about the Chandrayaan-2 mission. On the technology part — yes, we could not achieve a soft landing, but all the systems functioned until 300 metres from the moon’s surface.

“Very valuable data is available to set things right. Let me assure that Isro will pull all its experience, knowledge and technical prowess to set things right and demonstrate soft landing in near the future,” ISRO Chairman Dr K Sivan said at the golden jubilee convocation of IIT Delhi.

Reacting to the question if the Indian space agency would attempt another landing on the moon’s far side of the south pole and to which Dr K Sivan replied, “definitely”.

“Chandrayaan-2 is not the end of story. Our plans on Aditya L1 solar mission, human spaceflight programme are on track. A large number of advance satellite launches are planned in the coming months,” the ISRO chief said.

In a recent update, Sivan said that Small Satellite Launch Vehicle (SSLV) will make its flight sometime in December or January, in first-of-its-kind. Testing of 200-tonne semi-cryo engine is likely to start shortly while work is on to provide NavIC signals on mobile phones, which will start the path to developing a large number of applications for societal needs, he added in a statement.

“We are working on a plan of action on how to go ahead for Vikram Lander’s landing,” Sivan said. 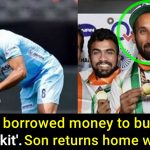 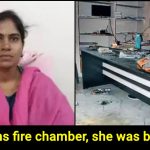