Just months after the controversial politician Navjot Singh Sidhu voluntarily left the Congress party, his wife by the name of Navjot Kaur Sidhu has also resigned from Congress party. She is no longer associated with the primary membership of the party in Punjab.

Days ahead of the general elections in May, Navjot Singh Sidhu’s wife vented out frustration over the ticket distribution.

This sudden move comes after a public spat of her husband with Punjab Chief Minister Captain Amarinder Singh, who has warned Navjot Singh Sidhu on multiple occasions over his conduct.

Navjot Singh Sidhu who had previously chaired the Local Government and Tourism and Cultural Affairs portfolios was sacked from the ministry post by the state CM on June 6. He was then made responsible for Power and New and Renewable Energy Sources during a Cabinet meeting that happened after the Lok Sabha election results were declared.

However, he did not take charge of his new department and had written a resignation letter to the CM on July 14. Sidhu was then on the receiving end for his decision to send the resignation letter to Rahul Gandhi rather than sending to Captain Amarinder Singh who is the CM of Punjab or the Governor.

The Punjab ministers had also reacted to Navjot Singh Sidhu‘s tweet on his resignation sent to Rahul Gandhi in June 2019 and his subsequent comment that he would send his formal papers to Punjab CM Amarinder Singh. “This is nothing but drama from the ‘king of theatrics’. If he had to resign, he should have followed protocol and sent it directly to the chief minister,” said the ministers.

The Punjab ministers made a witty remark whether Navjot Singh Sidhu was “so dumb” that he didn’t know that the “cabinet minister post was not a party post, and his resignation could not be accepted by Rahul Gandhi”. 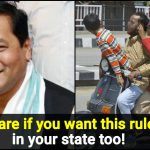 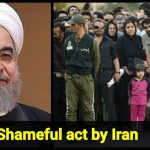