A 48-year-old Ukrainian woman has been detained for allegedly killing her husband in the most brutal way.

Maria reportedly chopped off her husband before cutting his penis and feeding to the dogs. This incident shocked the villagers of Obariv in the north of the country.

She reportedly told the police that ‘she was suffering domestic violence for years and murdered her husband as revenge and to put an end to it’. She said that it was the only way to do it.

Reportedly, after chopping off his head, she put it in a sack.

As per Mrs Opanasiuk, a neighbour she felt quite sick by the whole incident but managed to raise alarm and it was when the police was called.

Police spokesman identified as Vadim Artiukhovich reportedly said, “The suspect confessed in full at the scene. She was charged with murder and taken into custody. The woman said that she was constantly suffering physical and emotional abuse and did not see any other option to end her misery.”

He then added, “’Neighbours say they, in fact, saw the husband beating her up and chasing her with an axe a lot of times. However, the woman has never reported the incidents.”

If Maria is found guilty of such a barbaric act, she might end up spending 15 years in jail. 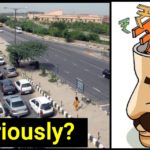