Kerala citizens ran through a miserable experience once again when heavy showers troubled the city. In the process, waterlogging paralysed normal life. The severe effects of monsoon were witnessed when people lost their lives due to the flash flood, in what was a nightmare for Kerala.

With the heavy rains becoming less intense now, the primary focus now is to rehabilitate 2.3 lakh people who have been displaced and are living in several relief camps. Volunteers and NGOs across Kerala are busy in collecting everything from food, water, medicines, clothes, sanitary napkins, etc.

In this crisis, one man has been winning hearts for his generous contribution to support his brothers and sisters.

Thanks to Noushad who is a roadside garment seller in Ernakulam. He donated the entire fresh stock of garments in his godown when volunteers came to him seeking some donations for Kerala flood victims.

Malayalam actor by the name of Rajesh Sharma who was on a relief materials collection drive expressed that Noushad came to them offering to donate clothes to the flood-affected in Wayanad.

Once at his godown, Noushad started pulling out his entire stock and then packed them into bags. Sharma and others who were with him were astonished and were literally short of words describing the kind act.

Even as they tried to stop him from giving more clothes, Noushad continued to bring in more and more only to help Kerala flood victims.

“This is my Eid. When I die, I can’t take any of these with me. My profit is helping others,” Noushad said while the volunteers tried to stop him from doing generous act.

The devastating floods this year alone have killed 76 people and has displaced more than 2.3 lakh others. 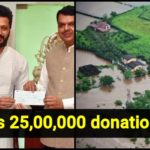 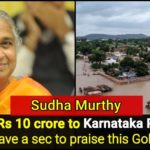