They understand girls’ behaviour and study them completely before utilising emotional appeals by using charm to attract girls into conversion by simulating love. Some Mosques in India are allegedly providing training and fund to handsome youths for the cause.

In a recent incident that took the entire nation by shock, a Hindu girl, an MBA student, residing in Navi Mumbai suffered serious consequences as she fell prey to a trap of ‘love jihad’, where she was enticed into marriage by a Muslim boy who was first posed as a ‘Hindu’ to woo her and was subsequently gang-raped.

According to Hindi daily, Patrika, the Hindu girl fell into the trap which was laid by this Muslim boy aka Ajmal who changed his name to ‘Ajju alias Ajay’ in a bid to tilt the girl on his side.

He initially pretended to be in love with her. Taking the relationship to the next level, he then lured her into marriage and then took her to Bandra court where he forcefully converted her to Islam and thereafter married her.

She was gang-raped during the ‘munh dikhai’ ceremony, a post-marriage custom where the newly-wed bride is introduced to rest of the family members.

According to the report, Ajmal alias Ajju stumbled upon the Hindu girl a year ago in a unisex parlour located in a shopping mall in Vashi where Ajmal worked as a barber. The girl had first visited the parlour for a virtual hair cut.

To get her mobile number, Ajmal fooler her as he introduced himself as Ajju and then informed her about the services in the salon and gave her a form to fill up, which required her some personal details including mobile number.

Digging the personal details, Ajmal started ringing up the victim regularly on the pretext of her ‘hair treatment’ in the salon.

The girl is so rich that she wouldn’t bat an eye on these expensive treatments as she splashed a huge amount of money and it was when Ajmal realised that she is from a luxurious background.

As both kept meeting again and again at the salon, the girl developed a crush on him and eventually fell in love with Ajmal, who was from the word go, hiding his real identity.

The girl was so deep in love with the boy that she even didn’t hesitate to give him lakhs of rupees to set up his own business.

According to the report, the victim was now completely aware of Ajmal’s religion and was also ready to marry him but on one condition. She clearly stated that she will not convert or change her religion after marriage. Even after assuring her that she need not convert, Ajmal then called her to Bandra Court on July 15. She was forcefully converted and married thereafter.

After the victim reached her inlaws house, they reportedly started mistreating her where she was mentally and physically tortured at her inlaws house. Soon after marriage, Ajmal demanded a sum of Rs 15 lakh from the victim and then started beating her up on unimportant matters.

During the ‘muh dikhai’ ceremony (a post-marriage ceremony, wherein the newly-wed bride’s face is shown to the family for the first time as an introduction to the family members) the girl was gang-raped by his friends and brothers. The husband reportedly said to them that she was an easy catch for him.

The victim also told the Vashi police that during the ceremony the accused added some drug in her drink and after drinking it, she fell unconscious.

The accused took advantage of this situation and raped her. It was the next day the victim realised that she was raped. Disturbed and heartbroken by all this, the victim left her inlaws house and then went back to her house.

The report also states that Ajmal’s brothers along with their friend, later went to her house to ‘seek forgiveness’, and then again secretly spiked her drink and convinced her to have it. After the victim ‘fell unconscious’, the three again raped her.

The victim approached the police and registered a complaint at Vashi police station, against her husband, his two brothers and his friend, alleging gang-rape.

After the complaint, police detained the four accused and produced them in court which has sent the accused to judicial custody until August 2.

While talking to Patrika news agency, the victim said that in her written complaint she specifically mentioned that Ajmal allured her by hiding his identity.

He had initially introduced himself as Ajju alias Ajay. He then took her to the court where she was forcefully converted and married thereafter, disclosed the victim. She also asserted that though she mentioned all of this in her statement, the police brigade tried to cover up the ‘love jihad’ angle.

She said that she wrote about this to the CM Devendra Fadnavis and the DGP and is waiting for a reply.

Throwing light on the police’s lack of interest, she said that when the accused were produced in the court, the inquiry officers were not present there, making her case bit weaker.

She said that the accused instead of being produced to the police custody were sent to judicial custody. Standing firm to fight against the atrocities meted out at her, the victim stressed that if the accused apply for bail she would strictly oppose it and would also complain about the police lack of interest to the court. 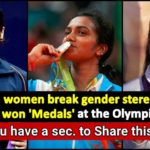 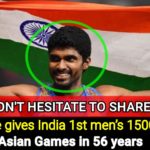