In a major breakthrough, Indian Space Research Organization (ISRO) has successfully launched Chandrayaan-II, which is the country’s second moon mission. Chandrayaan-2 is India’s second lunar exploration mission after the massive success of Chandrayaan-1.

This significant mission is developed by the Indian Space Research Organisation (ISRO), aimed to be launched to the Moon by a Geosynchronous Satellite Launch Vehicle Mark III. The set-up includes a lunar orbiter, lander and rover which are all developed domestically.

According to ISRO’s statement, Chandrayaan-II’s lander ‘Vikram’, named after Dr. Vikram A Sarabhai will finish the 384,400 km journey and land on the Moon on the 48th day of the ground-breaking mission.

The Chandrayaan 1 was so significant as it discovered water on the moon’s surface, and with the second launch, India now aims to take its mission to a whole new level by landing its probe on a far side of the moon. 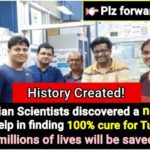 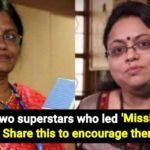