Transition in every individual’s life is obvious if one gives absolutely everything to fulfil the goal. Ask a successful person about how they did it and they would simply say there are no shortcuts to real success. One must realise that only hard work, great diligence as well as commitment is required to touch the pinnacle of success. Above all, believing in oneself is also one of the great ways to outsmart challenges.

“Always aim high and be truthful to your conscience. There is no substitute for hard work. Never give up your dreams,” K Elambahavath said. How can you break the spirit of a man who has worked hard tooth and nail to get where he is? Let’s get into the story now.

Almost everyone is quite familiar with the work process in government offices in India. Right from pillar to post, being referred to a new department on each and every visit and taking countless trips to the office are one of the main reasons behind the discontentment.

In the year 1997, K Elambahavath had also faced one similar kind of situation where he continued his trips for around nine years.

He was feeling dejected and very much concerned about wanting to transform the poor state of affairs in government offices, Elambahavath defied all odds and became an Indian Administrative (IAS) Officer in 2016.

Elambahavath announced his arrival to the Earth in 1982 in Cholagangudikkadu, a small village located in the Thanjavur district of Tamil Nadu. His life wasn’t that easy. He had a very normal childhood with his father working as a Village Administrative Officer, his mother being a farmer and social activist.

He made sure that his childhood days were spent in the best way as he was in farms helping his mother out, going to school and playing with his buddies and three elder sisters.

With his father being the first to graduate in the village, Elambahavath’s family gave education as the first priority.

Naturally, he preferred academics to farming.

Unfortunately, a tragedy struck in his life in 1997 when Elambahavath lost his father and then the class-12 student had to drop out of school due to financial issues.
Then he did not even have any clue that he would be able to earn a graduate degree, let alone take Civil Services.

“My schoolmates and people around me were busy chasing Medicine and Engineering professions. Meanwhile, I was clueless about my future. I had no idea about UPSC or its recruitment agency until I turned 24,” Elambahavath tells The Better India (TBI).

After learning that agriculture won’t fetch him sufficient money to meet the needs of the family, Elambahavath then applied for the Junior Assistant (LDC) post under compassionate grounds provided to the family members of the deceased government servant.

One part of the hectic application process involved submitting educational certificates to the District Collector’s office. In addition to that, there were 20 types of documents that Elambahavath had to deposit and despite submitting whatever he had, he still did not get the job.

“The district collector office denied my posting by citing administrative reasons. More than 15 such candidates were waiting for the appointment. But, a few got appointed bypassing the waiting list. I couldn’t understand how such things would happen,” says the 37-year-old.

Elambahavath including other candidates, petitioned their respective grievances to the District Collector, Revenue Secretary, Commissioner and even the Chief Minister.

“My typical day would begin by working in the fields till the afternoon, going to government offices, pleading for a job and then finally returning home with no concrete results. I fought this battle for nine years and yet nothing happened,” he adds.

After he got really tired with all his efforts, he decided to take alternative route that did not demand anyone’s pleading or help.

Elambahavath took a vow to return to the district collector’s office but as a proud officer. He holds IAS officers in high esteem, and thus decided to become one himself, “Many aspirants came to civil services by inspiration. I came here by frustration at the system.”

“The bureaucratic apathy did not allow many senior IAS officers to hear our voices, and this was unfortunate. I wanted to change the situation for good, and that is how my journey to become a Civil Servant began,” he says.

Since he dropped out of school in the 12th standard, he preferred long-distance education and then did his Bachelors in History from Madras University. He stood on his own leg and there was no access to coaching centres.

“My village or nearby towns did not have any guidance facility for civil services. I studied in the public library that has a separate section for civil services. We were a group of 10 civil services aspirants in Pattukkottai. Our retired Headmaster Mr. AT Panner Selvam and many well-wishers were helpful,” says Elambahavath.

Thankfully, the library and support of people helped him get through the examination for free civil services coaching by Government of Tamil Nadu.

After a formal guidance, Elambahavath made his way to the interview stage of the UPSC for 3 consecutive times but failed in all. However, he did manage to clear several Tamil Nadu Public Service Commission Examinations (TNPSCE)

Though Elambahavath’s dream of getting a government job was fulfilled, he was not that happier. He said, “I joined the state government Group 1 service which includes Assistant Director (Panchayat), DSP etc. I continued preparing for the UPSC while working.”

With much-needed support and guidance from family and senior government officials, Elambahavath was able to manage his work and studies. Well, his journey as a Civil Aspirant was not that easy as he had to appear for five Mains and three interview rounds and he failed to clear any of them. The man with never give up attitude worked harder but sadly, all his attempts went in vain.

“I joined the state civil services. In 2014, the Central Government provided two more attempts for those who had been adversely affected by the Civil Services Aptitude Test. I grabbed the opportunity and appeared again,” he says.

His grit, determination, self-confidence and perseverance got him into the Indian Revenue Services (IRS), and he made his one last attempt in 2015 for IAS.

He then secured All India Rank 117 and got into Indian Administrative Service in state cadre.

“I was always confident about my goal, and I entered into this profession at a time when failure and success were on the same line. Thus my failed attempts did not discourage me at any point,” he added.

On entering the Lal Bahadur Shastri National Academy of Administration (LBSNAA) which is a research and training institute for public policy and public administration, he said: “When I entered LBSNAA, I thought that it would be just another training centre. But I realised the impeccable professionalism on the first day itself. . . . It nurtured me in every aspect of life. Since I did not go to any college, I can claim LBSNAA as my only academic institution,” he told Humans of LBSNAA.

On taking charge as a Sub Collector in Ranipet’s Vellore District, he said: “I could perceive the grief of the people whose voices are not heard. I always try to understand the issues from people’s perspective who are waiting in the corridors of government offices. I have oriented my staff towards the same methodology,” Elambahavath says.

His biggest lesson that he learnt as a government official, he says, “We need to stop judging government jobs as slow and apathetic. It deserves respect considering it does the sovereign duty of a welfare state and works for the oppressed people. As for me, my job gives me immense satisfaction.”

(Originally published by The Better India) 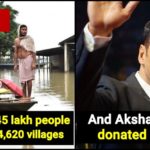 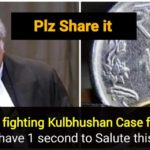