Bollywood actress Swara Bhasker who is known to be very vocal about her opinions recently was on the receiving end of social media. She faced the wrath of netizens after saying, ‘Mughals made India rich’.

It all started with her sharing an old article on Twitter which argued that the Mughals, who came in as barbaric invaders, made the country rich. The op-ed piece was reportedly penned by historian Rana Salvi who described even though the Mughals came to India as conquers, they remained as Indians. The article also went on to add that how Mughals were accepted by Indians, highlighting Bahadur Shah Zafar was coronated by the Indian soldiers in 1857.

Her post stirred a massive debate on Twitter with netizens putting forward their opinions too against the hypothesis. Swara was brutally trolled on the micro-blogging site for her opinion on the issue.

This is how people reacted:

Meanwhile, historian Hindol Sengupta also tagged the article and called it ‘completely nonsense’. He wrote: “This is of course nonsense, and you would be particularly lacking in reading to believe anything as simplistic as this. In fact, most people in Mughal India were utterly, cripplingly poor even though of course a lot of wealth was concentrated in the hands of the monarchy and the nobility. One of the resounding and recurring facts of Mughal India were the devastating famines.”

In reply, Swara said: “I think what you describe is true of monarchy in general! I suggest you read the article first..”

Swara Bhasker is quite vocal especially when it comes to social issues. Bollywood actress who happens to have a strong political stance was seen campaigning for CPI candidate Kanhaiya Kumar in Begusarai, before the general elections this year. Interestingly, she had backed Congress candidate Milind Deora and Urmila Matondkar in Mumbai 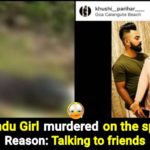