When you believe in yourself, the success rate is easily achievable. Meet the Indian athlete Sharad Kumar. He believed in himself when nobody else did. His story is one that needs to be told to inspire the youths of the nation.

He is an Indian para high jumper by trait and a former world no. 1. When he was 2 years old, he suffered paralysis in his left leg after taking a fake polio medicine drops at a local eradication drive.

Sharad Kumar was born on 1 March 1992 in Patna. He studied at St. Paul’s School in Darjeeling where he started learning the art of high jump in Class 7. He perfected the art of the sport by practising day in day out.

In the process, he went on to break school and district records battling it out against able-bodied athletes. Later he moved to Delhi to study Class 12 at Modern School and graduated in Political Science from Kirori Mal College. He did his Post Graduation in Politics with Specialization in International relations from Jawaharlal Nehru University.

Sharad announced his arrival to the International arena at the 2010 Asian Para Games in Guangzhou. In January 2012, he jumped 1.64m, which steered him qualify for the 2012 Paralympics. In April 2012, with a high jump of 1.75m at the Malaysian Open Para-athletics championship, he stole the spotlight as he became the world no. 1 at the age of 19.

He grew from strength to strength and it was at the 2014 Asian Para Games where he bagged the gold medal in the high jump by clearing 1.80m, breaking a 12-year Asian Games record and reoccupied the world no. 1 position. Sharad Kumar took part in the 2016 Summer Paralympics where he finished sixth with a personal best of 1.77m.

He started training under Mr. Satyanarayana who is his National Para Athletics Coach since March 2015. He is well backed and supported by GoSports Foundation through the Para Champions Programme. He bagged Silver in 2017 World ParaAthletics Championships with a jump of 1.84m.

Sharad Kumar shattered two records recently to bag a second successive gold in the ongoing Asian Para Games in Jakarta. The 26-year-old world championships silver-medallist outsmarted the Asian with a stellar jump of 1.90m to bag the top honours. 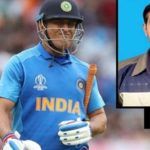 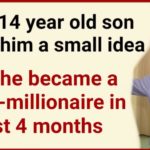