Doctors ruled out IMA cadet (GC) Rajshekhar’s possibilities of survival as the 27-year-old suffered multiple organ failure after fainting during a customary drill session in the academy.

But, Rajshekhar defied the death and got his first posting attached with the 12 Assam Rifles, which is the world’s highest battlefield in Siachen. Rajshekhar was commissioned from the Indian Military Academy (IMA) as Lieutenant in the Indian Army in Dehradun on Saturday.

Rajshekhar recalled his toughest experience when he suddenly collapsed due to dehydration routine drill session wherein cadets were required to run long distance with heavy loads on their back.

“I suddenly collapsed due to dehydration during the pahla kadam exercise in which cadets were required to run a distance of 10km with heavy loads on their back,” Lieutenant Rajshekhar, who hails from Tamil Nadu told Hindustan Times.

Due to this, he was admitted to the hospital and was kept in ICU for 18 days and at the high dependency unit (HDU) for 22 days. He had to take rest for 40 days for a complete recovery. Doctors who analysed Rajshekar’s condition said that his kidney and liver had suffered 70% damage.

“I was admitted at the hospital’s intensive care unit (ICU) for 18 days and at the high dependency unit (HDU) for 22 days. The doctors clearly told my trainers that I won’t survive,” Rajshekhar said.

It is learnt that two other cadets lost their lives last year while doing the exercise. When Rajshekhar started recovering, doctors urged him to quit the course citing his medical conditions. Even his mother and brother advised him to stay away from training.

“I was not prepared to give up. After being discharged from the hospital, I started working out in the gym for four hours daily and it paid. I not only survived, but became fit enough to complete the course in time. My company commander and platoon commander gave me invaluable support while I was in hospital,” he added.

At the passing out parade, he received the best motivator award for his Never-Give-up attitude. He comes from Maidanbatti, a small village in Madurai district of Tamil Nadu. He lost his father when he was studying Class 10. Rajshekar’s mother, Santhi did tailoring jobs to support the family.

Both Rajshekhar and his brother were in school at that time. “It was not an easy journey till this day. It was full of hardships and struggle, but I never gave up as I was determined to achieve my dream of serving my country,” the army officer said.

“It’s nothing compared to the medical conditions I fought and survived,” the army officer said as he’s gearing up to take up the new challenge. 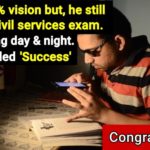 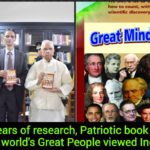