We are turning the surroundings dirty and yet we blame the government or politicians when the problem is actually ‘you’ in the first place.

Karen Mason, who is a volunteer for the National Audubon Society and a photographer captured this heartbreaking picture of a mother bird feeding her baby a cigarette butt and this is a proof why we have failed miserably to keep the planet safe.

Reportedly she said, “I knew it wasn’t a fish but couldn’t tell what it was until I got home and blew it up.” She was taken aback when she realized that the chick was being fed a cigarette butt, it would horrify anyone.”

It is cognisance of the fact that cigarette butts littered on beaches are dangerous and now after the picture went viral on social media, hopefully, people will learn from their mistakes.

A campaign by San Diego State University Graduate School of Public Health learnt that a large percentage of the 5.5 trillion filter cigarettes are thrown somewhere in the environment each year. A report also learnt that cigarette butts, plastic straws, are a bigger threat to our oceans. 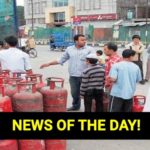