In good news to the citizens of India, LPG cylinders will now cost cheaper by Rs 100.50, effective from today onwards, the Indian Oil Corporation (IOC), officially said in its press release. The non-subsidised LPG gas cylinders will now be available for Rs 637 each cylinder rather than earlier price of Rs 737.50.

The move will now bring a massive relief to households who use LPG cylinders across India.

As per IOC’s press release, the important decision to cut LPG cylinder rates was brought into effect amid softening LPG rates in the international market and a dollar-rupee exchange rate.

The significant move comes a month after the prices of LPG were increased by up to Rs 25 (14.2 kilograms) with effect from June 1. In fact, this was the fourth consecutive price hike in this year. IOC also increased non-subsidised LPG prices in May by Rs 6 per cylinder.

After this, the Modi government was hit out by the opposition. West Bengal CM Mamata Banerjee-led Trinamool Congress threatened to go on a statewide protest to oppose the move.

“Why have the LPG cylinders prices been hiked, once the election process was over?” Mamata Banerjee had asked the Centre. “We condemn the gas price hike and will take out rallies in every block,” she said. 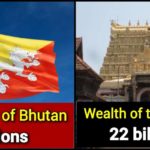