When India wins a match, we jump high in excitement and update status on social media to get likes and we make memes on them to entertain others.

But when India wins a World Cup, we burst crackers, distribute sweets and then throw a lavish party to others and that’s how it is because, for many others, cricket is not just a sport but an emotion.

Cricket is seen more as a religion and all other Indian sports are not been given due credits and that is a sad reality. We hesitate to support our heroes who bring glory to the country.

The whole media coverage shifts to cricket but they wouldn’t bat an eye to promote other sports in India. Kabaddi is one of the sports in our country which is being overlooked by people nowadays.

An old picture has been widely circulated on social media platform shows India won a world cup in Kabaddi but nobody stepped forward to receive them. Just imagine what would be the actual scenario if it is cricket. We’ll just leave it to your imagination.

Players who brought glory to India were waiting for an auto rickshaw with a World Cup in their hands to go home and it was a shameful scene to watch. Kabaddi World Champions who made India proud should have been given a warm welcome. 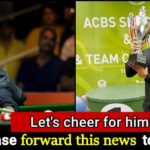 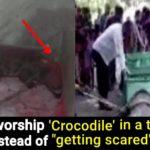