Jammu and Kashmir cop won people’s hearts when he fed a disabled boy with his own hands. This goes to show that humanity still exists on Earth. In a world where people are turning out to be jealous, fighting and blaming for no reasons at all, this traffic cop has taught the people a very big lesson of humanity.

The million dollar video which went viral on all social media platforms has the caption saying, ‘an act that emanates only love.’ Yes, Sikhs always stand with humanity.

This is how some reacted to the video on Facebook:

‘The jawan making the child to eat food out of his own lunch box is a landmark step toward Community policing. The organisation need to take a lead from this gesture,” one guy wrote.

‘There is a need to have a paradigm shift in policing and this is a step in that direction,’ the user wrote.

The Youth salutes traffic policeman for his good act and this society needs more humanitarians like you! 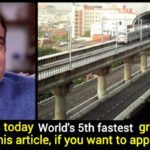 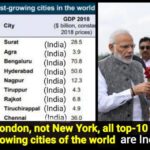