It was a massive victory for India when Pakistan Prime Minister Imran Khan announced that Indian Air Force Wing commander Abhinandan Varthaman will be released on Friday (March 1) as a ‘peace gesture’. Citizens, celebrities and political leaders are celebrating the return of the Indian pilot.

As per the reports, Abhinandan Varthaman is expected to be handed over by Pakistan to India at about 6 pm at the Wagah Border. While the whole nation is curiously waiting for his safe return, his parents are on their way to Amritsar to receive proud son.

More recently, they were on their way from Chennai to the national capital on an Indigo flight and every passenger onboard cheered for Wing Commander Abhinandan’s parents and their son’s bravery. Even the video footage of passengers cheering IAF pilot’s parents is being circulated repeatedly on social media.

Talking about Abhinandan’s parents, his father, Retd Air Marshal S Varthaman is a recognised officer and his mother Shobha Varthaman is a doctor. They left for Amritsar after landing in Delhi.

The pilot was held captive by Pakistani forces after his MiG 21 Bison crossed the Line Of Control (LoC) and landed erroneously into the neighbouring country’s territory. Before the Wing commander was captured, he shot down 2 Pakistani pilots and hit an F-16 jet, the government added. 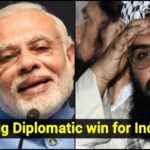 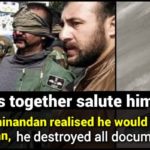