Having been under immense pressure of not giving out the best in the exam, Sakshi, a class 10 student took an extreme step to commit suicide by hanging herself from the ceiling at her residence. This shocking incident happened in Ramtekri area of Mandsaur on Monday night.

It has been learnt that the girl had scored 60% marks in her test, a feat she felt did not match her standards.

Central Kotwali police station in-charge Narendra Singh Yadav said that the family members itself came to know about the shocker after girl’s mother went upstairs to call her for dinner. As the girl didn’t respond to her mother, mother herself opened the door of her room only to find her beloved daughter hanging, in what was a heartbreaking scene.

The girl was immediately taken to the nearby local hospital at around 9.30 pm but was declared ‘brought dead’ by the doctors at the hospital. Senior officials and forensic experts arrived the spot soon after the shocking incident.

Sakshi’s mobile phone and other electronic equipment were seized and her room was sealed. Police also said that she used her mother’s sari to make a noose.

However, her family members claimed that Sakshi was upset as she did not get the expected result in the exam and had also spoken to them in the afternoon session.

She was extremely nervous soon after the results were announced in the web portal after which she was also reportedly feeling bad because her friends secured more marks than her.

The post mortem examination of the minor was carried out on Tuesday morning and the deceased was handed over to the family members.

Police also said that a case has been lodged and they were yet to take statements of the Sakshi’s family members. Also, no suicide note was found from the spot. 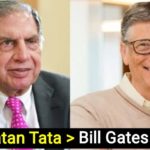 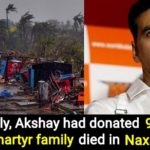