Pakistan on Thursday said the UK government must immediately “apologise” for the 1919 Jallianwala Bagh massacre and the “Bengal famine” ahead of the centenary of the mass killing.

The information minister Fawad Chaudhry also said the UK must also return the Koh-i-Noor diamond to Lahore museum to end the problem.

“Fully endorse the demand that British Empire must apologise to the nations of Pakistan, India and Bangladesh on Jallianwala Massacre and Bengal famine…these tragedies are the scar on the face of Britain, also Koh-e-Noor, must be returned to Lahore museum where it belongs,” he tweeted.

Pakistani minister’s statement came just a day after British PM Theresa May described the Jallianwala Bagh massacre in Amritsar as a “shameful scar” on British Indian history but fell short of formal apology sought by a cross-section of Parliament in the earlier debates.

In a statement, remembering the centenary of the massacre at the start of her weekly PM’s Questions in the House of Commons, she repeated the “regret” already expressed by the British Government.

May’s statement followed up after British MPs at Westminster Hall of the Parliament complex discussed the issue of a ‘formal apology for the massacre’ to mark 100th anniversary this Saturday.

The massacre happened in Jallianwala Bagh in Amritsar on Baisakhi in April 1919 when the British Indian Army troops, under Colonel Reginald Dyer’s orders, fired machine guns at scored of people holding a pro-independence demonstration.

Historical records claim that Dyer shot on the Baisakhi gathering without warning and continued to fire for 10 minutes though they were trying to flee the spot, while he obstructed the main exit with his soldiers and armoured vehicles.

Tragedy struck as the massacre saw more than 1,000 unarmed men, women as well as children mercilessly murdered by the British army riflemen.

The Bengal shortage of food left about 3 million people dead in 1943-44. Then British PM Winston Churchill ordered the diversion of food from starving Indian civilians to provided British soldiers and even to top up European stock in Greece and another place.

When recalled about the suffering of the Indian victims during the famine disaster, his reply was that the “famine was their own fault for breeding like rabbits”.

Koh-e-Noor- Mountain of Light, is a large, colourless diamond that was originally found in Southern India in the early 14th century.

The 108-carat Kohinoor gem, which fell into hands of British during the colonial era, is the big debate of a historic ownership argument and claimed by at least four countries and India is one among them

The colossal diamond was acquired by Britain in 1849 when the East India Company took over the region of Punjab. Since then, India has laid strong claims to the diamond, urging the British government to return the precious gem which at present, stays on the gallery in the Tower of London.

The gem, once the largest known diamond in the world, is set in a crown that was last worn by the late Queen Mother during her coronation and was flaunted on top of her crown when her coffin lay in state after her demise in the year 2002.

A petition seeking the return of the jewel from the British government has been pending in the Lahore High Court for 4 years. 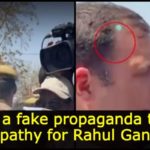 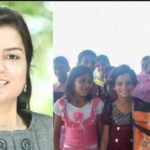