Famous Bhojpuri star Dinesh Lal Yadav aka Nirahua is going to play new innings in his career as he has joined the Bharatiya Janta Party (BJP) ahead of the Lok Sabha election. Dinesh Lal Yadav in the presence of Uttar Pradesh Chief Minister Yogi Adityanath in Lucknow joined BJP officially. The news agency ANI posted a photo on their Twitter handle.

Nirahua is an iconic Bhojpuri star with a rock-solid fanbase in North India region. Besides being a singer, he acted in several movies and won awards for his performances. He was last seen in movies based on the nationalist spirit of the nation like the ‘Border’ and ‘Sher-E-Hindustan’ amongst others.

Apart from Nirahua, another famous Bhojpuri celebrity who will be stealing the spotlight in the upcoming general elections is Ravi Kishan. Yes, the superstar will be contesting the election but the party is yet to decide the next move.

ANI quoted him as saying: “Actor & BJP leader Ravi Kisan: I will contest in the upcoming Lok Sabha elections but the party will decide from where.”

Actor & BJP leader Ravi Kisan: I will contest in the upcoming Lok Sabha elections but the party will decide from where. pic.twitter.com/177DnXJnAQ

The forthcoming Lok Sabha elections are less than three weeks away, with the first phase to start on April 11. It should be noted that the polls will be conducted across the nation till May 19 and counting of the votes is scheduled to take place on May 23 and results will likely to be declared on the same day itself while the term of the present Lok Sabha concludes on June 3. 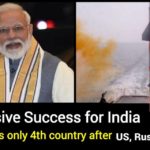 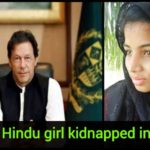