Just days after two underage Hindu girls were allegedly kidnapped and forcefully made to undergo religious conversion for marriage in Pakistan’s Sindh province, one more minor Hindu girl was allegedly kidnapped from Ghokti in Pakistan on Tuesday. As per FIR filed based on the complaint of the 16-year-old’s father, the incident happened at Dhani Buksh Pitafi village on March 16 and 17.

The report went on to add that four men broke into their house at 3 am, pulled the minor girl to a vehicle that was waiting outside the home and then abducted when nobody else was there. But the villagers have claimed that the girl escaped with a boy and voluntarily converted to Islam of her own choice.

The minister then sought a report from the SSP over the incident and even instructed Sindh minorities affairs director Mushtaq Ahmed Soomro to contact the relatives of the girl and offer them with all possible assistance.

Pakistan PM Imran Khan ordered an investigation into reports of kidnapping, forced religious conversion and underage marriages of the two Hindu girls and to take quick steps for their recovery.

However, Minister of External Affairs (MEA) Sushma Swaraj in a string of tweets. “Even the Prime Minister on Naya Pakistan will not believe that girls of this tender age can voluntarily decide about their conversion to another religion and marriage,” Sushma Swaraj had said. 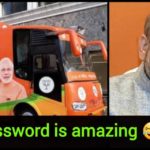