Addressing the reporters at a press conference in the national capital, Congress chief Rahul Gandhi said the party has been working really hard on the significant Nyay scheme for the last 4-5 months and also held several meetings with many economists.

“This scheme will benefit at least 25 crore individuals or 5 crore families. Congress party cannot accept poverty in the country. This is the final assault on poverty. The politics of Prime Minister Narendra Modi has made two India, one is for the poor and the second for the rich. We want one India where the poor can also live with dignity,” Congress President said while making the announcement.

He then added that Mahatma Gandhi National Rural Employment Guarantee Scheme (MGNREGA) had helped around 14 crore individuals to eradicate poverty and Nyay scheme would also benefit the ones who come from lower economic strata, which will be Congress party’s second phase of poverty elimination attempt.

“This scheme will be implemented in a phased manner. There will be a pilot project first and then the entire scheme will be started. This scheme is fiscally prudent, it is doable and all the fiscal calculations have been done,” Gandhi further said.

It has been learnt that the minimum income guarantee scheme could totally cost up to ₹3.7 lakh crore to the exchequer.

The forthcoming Lok Sabha elections are less than three weeks away, with the first phase to start on April 11. It should be noted that the polls will be conducted across the nation till May 19 and counting of the votes is scheduled to take place on May 23 and results will likely to be declared on the same day itself. 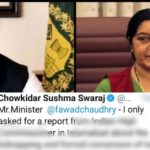 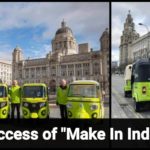