Ola had recently launched a ‘fleet of Bajaj and Piaggio autorickshaws’ in Liverpool with an intent to outsmart Uber as the region’s top transportation firm. People over there saw colourfully painted tuk-tuks with drivers wearing ‘neon green jackets ferry passengers around’. In a bid to celebrate its entry in the region, the Indian company offered free rides around the Liverpool City Centre.

While Ola aims to dominate Uber on a global scale, it has said that its group will allow more options to the customers and pay a larger share of the fare to the drivers than Uber. Managing Director of Ola Ben Legg had one heck of at work last week when he drove people around the city behind the wheel of a Bajaj autorickshaw.

“I have been driving passengers around the city today and have really enjoyed the chance to discuss the challenges that the community faces and how we can help with our new technology, Managing Director of Ola UK Ben Legg said, adding: “We are celebrating bringing more travel and employment choices to Liverpudlians with our ride-hailing app with the help of the community choir.”

Ola UK offered rides to passengers across the city totally free of charge on the first day of its launch. For the unversed, Ola was first launched in the UK in Cardiff in August 2018 and after its instant success, they began to expand branches in Bristol in October and then in Bath and Exeter in November. The recent launch in Liverpool is the fifth for Ola in the UK. Now it plans to start its expansion even in the North of England this year. 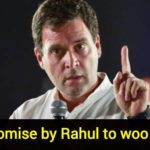 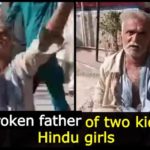