Our athletes won 368 medals for the nation, which was the best in history winning as many as 85 golds, 154 silver and 129 bronze medals. These medals were won across sports like powerlifting, badminton, cycling, golf, athletics, judo, volleyball, aquatics, table tennis, roller skating, basketball traditional, football 7-side female and handball traditional.

Indian athletes showed that they have a burning desire to achieve something big. We would have observed a bud blooming into blossom and similarly, three athletes showed the world on how to accomplish the mission with grit and determination.

The day really dawned for them and the bright sun had shunned on them. Manali Manoj Shelke, Shallu and Abhishek Gogoi are the names and let’s take a moment to congratulate them for their outstanding achievement.

The number of participants doesn’t really matter when you alone believe in yourself and Manali Manoh Shelke did the same. There were as many as 2,800 strong-willed women athletes but this 19-year-old girl stole the spotlight, representing the true fighting spirit of an athlete.

A potential powerlifter from Maharashtra initially failed while she tried to lift the weight three times. But don’t write her off soon! What happened next was indeed amazing! It was when her coach approached her and trigged the crowd to motivate her. As soon as the crowd started cheering her up to the core, the young girl made one more attempt and eventually managed to lift the weight.

After accomplishing the goal, the girl ran up to her coach and hugged him tightly. Then she clinched a gold medal in a combo of three including a bronze medal to her credit.

She might be abandoned as a four-year-old but that didn’t stop her to emerge as one of the many phenomenal powerlifters at the Special Olympics 2019.

With Padmini Shrivastava’s help, her adoptive mother Shallu touched the pinnacle of success. Over the years, she started lifting weights. Her speech impairment and learning disorder didn’t disturb her dreams as she went out to win many gold and silver medals.

The highlight of the 23-year-old girl winning 4 silver medals for India in powerlifting in Special Olympics this year was special.

Despite being diagnosed with cerebral palsy when he was a few months old, Abhishek was never one to give up like that. When he discovered that he had more control over the lower part of his body, he started to tackle it with physiotherapy and sports, like cricket.

A nightmare followed him when he lost his father at the age of 11, and had to move to Guwahati with his mother. As time passed, he made friends with a couple of boys in the neighbourhood who taught him cycling. Seeing his ability, his cricket coach also motivated him to continue the sport.

By accomplishing this feat, it eventually helped the 18-year-old to qualify for this year’s Special Olympics, he managed to bag a silver medal making India prouder than ever. 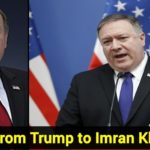 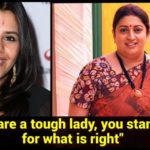