In an interesting turn of events, US President Donald Trump has hinted his curiosity to meet Pakistan’s new leadership in the middle of the ongoing peace talks between the US and the Taliban backed by Islamabad to stop the brutal war in Afghanistan.

The ties between Pakistan and the US deteriorated suddenly after President Trump last year accused Pakistan capital of giving nothing to Washington but “lies and deceit” and providing “safe haven” to terrorists.

Then in September, the Trump administration rejected USD 300 million in military assistance to Islamabad for doing nothing against terror groups like the Haqqani Network and Taliban active on its soil. Trump then criticised Pakistan in a Twitter post back in November, tagging Islamabad was not doing much to stop terrorism.

In the latest development, President Trump made a surprise announcement on the possibility of a goodwill meeting between him and Prime Minister Imran Khan at the end of a White House media interaction on Wednesday. Trump said this when a journalist asked him to talk about the current situation between India and Pakistan.

“Pakistan – we’ll be meeting with Pakistan. I think our relationship right now is very good with Pakistan,” Trump said before departing the White House for a visit in Ohio. 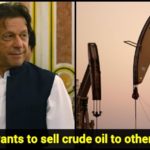 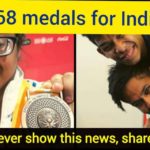