PM Narendra Modi’s Biopic will be released on April 12, which comes one day after the First Phase Lok Sabha Elections, the producers confirmed the news on Friday. ‘PM Narendra Modi’, produced by Sandip Singh, Anand Pandit and Suresh Oberoi, features Vivek Anand Oberoi in and as the BJP leader.

The release date fits perfectly into the schedule of the forthcoming general election 2019, in which the BJP-led government is desperately seeking for a second term. Voting will take place in seven phases between April 11 and May 19 while the first phase on April 11 will cover 91 constituencies across 20 states, including Andhra Pradesh, Assam, Bihar and Chhattisgarh whereas Modi’s home state, Gujarat, will go to the polls on April 23.

On the contrary, the National Students’ Union of India – Goa, the Congress party’s student wing expressed its disapproval with the release of the biopic at that particular date. The party on Friday urged Election Commission to ban the release of Narendra Modi Biopic, alleging that the movie was “propaganda by the BJP to attract the voters” during the Lok Sabha elections.

The letter demands a ban on the Modi biopic 48 hours before the voting which is known as ‘election silence’ where a party is not allowed to campaign.

“The NSUI Goa strongly believes that a movie on the BJP Prime Minister, who has failed miserably, is nothing but a propaganda by the BJP to influence the public during the model code of conduct without including the expenditure incurred for the movie in the election expenditure of Narendra Modi who will be contesting as a Member of Parliament: letter added.

A new set of rules and conditions came into effect from March 10 across the state with elections to be held in 7 phases starting from April 11, while the results are to be announced on May 23.

PM Narendra Modi’ was launched in Mumbai on January 7 by Maharashtra CM and BJP member Devendra Fadnavis. Shooting started on January 28 in Modi’s home state Gujarat, according to a press release and other locations of the shooting include Uttarakhand and Mumbai.

The movie cast includes Zarina Wahab who will play as Modi’s mother Heeraben and Barkha Bisht as his estranged wife, Jasodhaben and Manoj Joshi as BJP president Amit Shah. Prashant Narayanan has been cast as a “fictional character of the biggest business tycoon of the country called Aditya Reddy”, as per a press release. 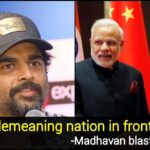 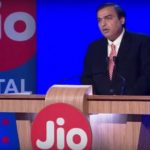