Months after she dropped the massive news, Sonali, in an interaction with Rajeev Masand, said that she was diagnosed with Stage IV Metastatic Cancer, citing that it was her husband Goldie Behl’s plan to jet off to New York for treatment where she was told by the doctors in New York that she’d 30% chance.

Sonali said, adding that she didn’t want to go to New York at all leaving her life and home behind. She cited, “It was my husband who dragged me there. I fought with him all the way like why are you doing this.. we have doctors here, why are you taking me away. My life, my home.. in three days, we literally just packed and left an I don’t know what is happening why are we going through this.”

“But he was just quiet through the whole thing and just focussed. In the day, he was organising and in the night, because New York was awake, he was again organising.. So, I got him to actually crib about the whole thing on the flight. Through the flight, I cribbed. I was venting,” she shared.

This is me. And in this moment, I am really happy. People give me strange looks when I say that now, but it’s true and I’ll tell you why. I am now paying attention to every moment, looking for every opportunity to find joy and #SwitchOnTheSunshine. Yes, there are moments of pain and low energy, but I am doing what I like, spending time with people I love, and feeling very loved and happy. I am extremely grateful to my friends, my pillars of strength, who at a moment’s notice, arrived to be with me and help me through this. In between their busy schedules they find time to visit, call, message, FaceTime… basically never leaving a moment for me to feel alone. Thank you for showing me what true friendship is. #HappyFriendshipDay, ladies. Blessed to have you all in my life (including the ones not in the picture… You know who you are) @gayatrioberoi @suzkr P.S. Nowadays I spend far less time getting ready because I don’t have to fuss over my hair! ?#BaldIsBeautiful #FindThePositive #OneDayAtATime Picture credit: @hrithikroshan

Sonali also shared that while they had sent the doctors, her test reports in advance, they visited them the next day after landing. “Next day we go to the doctor and he looks at everything and we had sent all our tests and everything and he said it’s the fourth stage and you have 30 per cent chance and I was like what.” She added, “That really hit me and I just turned to Goldie. I remember looking at him and saying thank god you got me here,” she echoed.

She added, “Goldie just always said that I would rather tomorrow feel that I overreacted and overspent than underreacted and have that regret I should have done that. We were not told it was the fourth stage but Goldie had started reading up on it and he was suspecting and he was not sure.. And that’s why he said there’s no chance taking.” 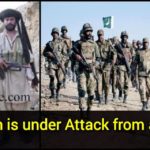