The Pakistani army convoy was assaulted by surprise by Baloch Army personnel in Chatter area near Naseerabad. It has been learnt that more than 15 Pakistani Army personnel have been neutralised in the encounter and 9 of them were seriously injured, as per the media reports.

Baloch Army spokesperson Miraan Baloch reported from an unidentified location that Baloch Army assaulted an ongoing Convoy of Pakistani Army with Rockets and other heavy weapons, in what was one heck of a devastating raid that the entire convoy turned into bits and pieces the time BLA targeted them.

In a video released by the official channel of BRA, they claim to have destroyed three Pakistan Army posts, chanting ‘Azad Balochistan Zindabad’. Baloch Republic Army (BRA) fighters recently assaulted the Pakistani Army outpost in Mand area of Kech on February 27, 2019, and also raised slogans against the Pakistani Army.

Despite being the largest, resource-rich territory of Pakistan, the cruelty of Pakistan’s capital Islamabad on Balochistan has been constantly demanding political rights, autonomy and control over their own resources since independence in 1947.

Pakistani security agencies and officials have been criticized for detaining around 20,000 people such as women and children illegally in the territory and shockingly, the majority of them have been raped and murdered. 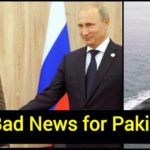 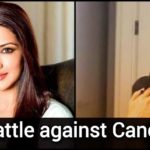