The whole nation prayed for IAF pilot’s return and finally, God has answered their prayers as Indian Air Force pilot Wing Commander Abhinandan Varthaman, who was held captive by Pakistan security forces after an air strike operation with Indian forces on February 27, will be released by Islamabad on March 1. The news has been confirmed by Prime Minister Imran Khan.

The pilot was seized by Pakistani forces after his MiG 21 Bison crossed the Line Of Control (LoC) and landed erroneously into the neighbouring country’s territory. Before the Wing commander was captured, he shot down 2 Pakistani pilots and hit an F-16 jet, the government added.

Pakistan Prime Minister Imran Khan, while addressing the reporters at the press conference said, “Yesterday I tried to call (Prime Minister) Narendra Modi to say that we don’t want escalation. Our push for de-escalation doesn’t mean we are afraid,” Imran Khan said.

“We have an Indian pilot. As a peace gesture, we will release him tomorrow.”

Previously on February 28, India made its statement very clear and said that they were not looking forward to striking any deal with Pakistan as they were demanding “instant release” of the Wing commander.

This is how Bollywood fraternity is celebrating the return of IAF pilot Abhinandan Varthaman!!

So glad to hear about the release of #WingCommanderAbhinandan. Our hearts swell with pride and joy and we are all waiting to welcome our braveheart back? Jai Hind ?? ?? #WelcomeBackAbhinandan

Huge respect for this man @ImranKhanPTI , a big thank you for returning #Abhinanadan tomorrow and truly setting an example that we all want peace. ?

Oh god! U really need to calm down @TimesNow ! Bowing down ????? Let him come back home safe first ! U are jeopardising it with ur big mouth ! The volume is loud but substance is zero ! https://t.co/k7TnzcNfBm

Excellent to know braveheart #WingCommanderAbhinandan will be home tomorrow. May this be the beginning to the end of all war murmurs. #AboutTime

Thank you Mr @ImranKhanPTI for releasing #WingCommanderAbhinandan and caring for an Indian soldier's life. Please also genuinely work towards combating terrorism with us that hurts innocents and halts progress of both countries. We only want progress and our safety, not war.

This made my day !!! #WingCommandarAbhinandan will be back with us tomorrow. #WelcomeBackAbhinandan . ?? 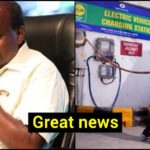 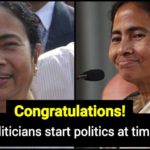