West Bengal chief minister Mamata Banerjee on Thursday sparked a controversial statement as she accused the Modi government of using the airstrike operation only for political purpose ahead of the upcoming general elections. Mamata also demanded that complete details of the country’s surgical strike 2.0 inside Pakistan’s region should be made public.

She added: “We are with our forces and we want that our forces be allowed to reveal the truth. We don’t need a war for political compulsions. If it is for national security, we are with the nation. But we don’t support a war to win an election, we want peace.”

“Some media is reporting 300 people died, we want to know the actual truth. Where did they drop the bomb? Was it dropped at the right target? International media is reporting that no such thing happened, that the bomb missed its target and no one died! So what is the truth?” the Trinamool Congress supremo asked a question.

While speaking with the media at the state secretariat, Mamata Banerjee said PM Narendra Modi did not inform the opposition parties. “Firstly, the PM did not bother to convene a single all-party meeting, neither after the Pulwama incident nor after the air strikes,” she said.

She said, adding that everyone had the right to know more about the true incident and how many terrorists lost their lives in the airstrike.

“We support our country but we do not support politics using the blood of our jawans. They are our pride; they fight for us at the border while some indulge in politics for electoral gains. We condemn this,” Banerjee said.

She accused PM Modi of failing to protect the soldiers despite initial intelligence about the terror attacks.

“In last five years, we have seen incidents like Uri and Pathankot yet nothing was done. So many jawans got killed, the government had prior knowledge yet no precaution was taken and jawans were pushed to death. And suddenly they are manipulating the media in order to mislead the people of this country,” she said.

(With inputs from IndiaToday) 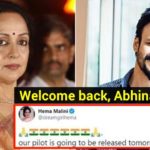 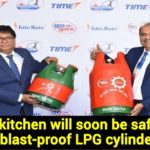