Once again, the 16-year-old shooter, Saurabh Chaudhary made the whole nation proud as he clinched the World Cup gold medal in his first ever senior ISSF final. In fact, it was a world record in a men’s 10m air pistol final and he bagged the Olympic quota place with relative ease.

His point difference of 5.7 from Serbian’s Damir Mikec (who bagged Silver with 239.3) pretty much sums up Saurabh’s dominance in the competition. Wei Pang of China came third as he won the bronze medal with 215.2 points.

“I knew I had a big lead but didn’t bother about it. Just kept doing what I was doing,” said Saurabh Chaudhary in a statement who proudly holds both junior and senior world record in men’s 10m air pistol finals.

“I have shot with such crowd everywhere, but never bothered about it. It was the same at the 2018 Asian Games in Jakarta,” he added.

When asked about the Olympic quota and world record, Chaudhary said he pulled off the ropes from the challenge as he was focussing on the gold medal.

Saurabh Chaudhary’s journey to the final was icing on the cake. He made it to the final previously on Sunday by finishing on top of his qualification round with a staggering score of 587. 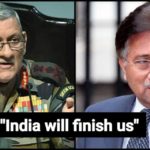