There have been widespread speculations of Alia Bhatt and Ranbir Kapoor being in a relationship for years and now they’re officially dating. However, a recent video of the duo reportedly having a heated discussion in a car went viral on the internet, suggesting that everything is not at all fine between the couple.

When asked about the viral clip, the 25-year-old actress told Asian Age, “I was definitely Valentining on that day. Since I’ve been promoting ‘Gully Boy’, I had a late night and woke up late on Valentine’s Day. I was flooded with messages and greetings about our film along with some Valentine’s greetings and some marriage proposals from strangers as well.”

During a recent interaction when asked if she found time for her boyfriend between her hectic schedule, she said, “There was time for Ranbir also, don’t worry.”

It has been said that Ranbir and Alia have been meeting each other’s family for a while now. Rumours are also widespread that they might be tying the knot anytime soon. 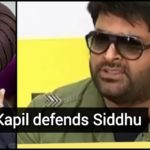