During Sidhu’s recent interaction after the cowardly attack, he said, “For a handful of people, can you blame the entire nation and can you blame an individual? It (the attack) is a cowardly act and I condemn it firmly. Violence is always condemnable and those who did it must be punished.”

As per the reports, Archana Puran Singh has been roped in for the show and has also shot for a few episodes. She is likely to replace Sidhu.

While the majority of the Indians aren’t pleased with Sidhu’s remarks, Kapil Sharma comes to Sidhu’s defence as he says, “As far as I’ve heard, he (Sidhu) didn’t say that don’t blame Pakistan. He said terrorism doesn’t have a nation. If it would’ve solved the issue of terrorism, we would’ve requested Sidhu to quit the show. Does the educated and sensible people, think so? I think this is propaganda which goes on Twitter.”

“Whenever such an incident happens, this isn’t the first such incident and I think there’s an attempt divert situation so that people are kept busy. I won’t say much because I get mired in controversies. I think a permanent solution must be found.

Whatever the government is doing must be done. We support the government. We’re with the country. Country comes first for us. These small things like banning a person, or sack Sidhu from a show. If sacking Sidhu from the show solves this issue, then Sidhu is smart enough to quit himself,” he stated.

“I think we should focus on the issue. If there’s a genuine problem, then we must focus on that. There shouldn’t be an attempt to mislead. We’re very sad that India’s youth died for no reason at all. They didn’t even get a chance to fight. We’re all sad.

But you turn it into a joke by asking for a ban on people. Do you think that would solve it?,” he concluded.

Kapil Sharma had once called a journalist and abused him over the phone only for writing that his show popularity was down. He threatened the journalist of consequences. 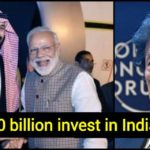