In massive news, the commercial operations of Vande Bharat Express aka Train 18 commence today, tickets have already been sold out for the next two weeks.

“Vande Bharat Express left Delhi for Varanasi today morning on its first commercial run. Tickets sold out for the next two weeks already. Get yours today!” Railways Minister Piyush Goyal tweeted on Sunday.

Vande Bharat Express left Delhi for Varanasi today morning on its first commercial run. Tickets sold out for the next two weeks already. Get yours today! pic.twitter.com/LwokUNHRJj

On February 16, the return journey of Vande Bharat Express after its maiden run was interrupted for over an hour, possibly due to a cattle run.

Vande Bharat Express was flagged off from the national capital Railway Station by Prime Minister Narendra Modi on February 15 and was returning back from Varanasi when the obstruction occurred.

“The train was returning at night and a cattle run over is a possibility at odd times. After removing the obstacles the train resumed its journey and moved for Delhi at around 8.15 am”, according to a statement of the Railway Ministry.

In case if you don’t know:

Train 18, which is India’s fastest train from New Delhi to Varanasi, can lit the track at a high speed of 160 kmph. It has travel classes like Shatabdi Train but with well-equipped facilities in a bid to provide a whole new level travel experience to passengers.

The train will cover the distance between “New Delhi and Varanasi in 8 hours” taking stops at Kanpur and Allahabad. It has 16 coaches (2 executive chair car and 14 chair car) and is available on all days except Mondays and Thursdays.

It has been said that all coaches of the train are well-equipped with automatic doors, AC, GPS based audio-visual passenger information system, onboard hotspot Wi-Fi for entertainment purposes, and bio-vacuum toilets. Each coach has a pantry with the facility to serve hot meals, hot and cold beverages.

This ‘Make in India’ train which is regarded as the successful train in terms of speed and comfort has regenerative braking system in the coaches which can potentially save up to 30 per cent of electrical energy. 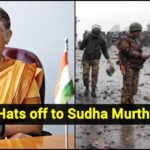 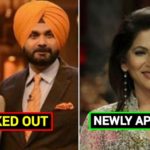