Education plays a vital role in one’s life as it creates employment opportunities for the deserving ones. In a modern world, where education is a necessity, many other students in India still face hindrance to getting a quality education. According to the Ministry of Human Resource Development, six million students between the ages of 6 and 13 do not go to school in India. By 10th grade, nearly half of all the students backed out of school.

However, a tea seller by the name of D Prakash Rao very well knows about the scenarios because he gave up education midway due to a cash crunch in his childhood. But today, he has turned the pages of many children’s lives by providing education to those who come from economically backward sections of the society.

It’s because of him, children are studying to become the bright minds of the nation. Even India’s Prime Minister Narendra Modi showered his praise on the tea seller for being the ‘backbone’ behind educating over 75 children from the slums of Cuttack.

On May 30, 2018, PM Modi, speaking about D Prakash in his Mann Ki Batt, said, “I got an opportunity to meet Prakash Rao, a tea seller from Cuttack based in Odisha. He has been selling tea for the past five decades, but you will be amazed to know about the work he is doing.

He is working to teach more than 70 children, who are unable to attend school because of poor economic conditions. Not only that, he has opened the hope assurance in his slum area, in which he is supporting people who do not have their own home.”

It has been said that Prakash Rao has been selling tea for the past 50 years. On January 25, a day before the Republic day, he got the biggest reward of his lifetime when he was notified that he is being conferred with Padma Shri, India’s fourth highest civilian award.

He has a small stall in Odisha’s capital city. Ever since the broadcast of ‘Mann ki Baat’ programme, life has changed for D Prakash Rao. “People have started touching my feet now,” says D Prakash Rao. He proved that he is a man of generosity when he has been donating half of his income for the last 17 years towards the running of a school in a slum, as reported by ANI.

In Prakash’s school, around 70-75 children actively engage in academics.”Around 70-75 students study in my school. Their parents are not really bothered about their studies,” he said.

“I earn Rs. 600 a day during off season and around Rs. 700-800 when the season is on. So, money is not an issue for me. I just want to see these children become something in future,” he added. 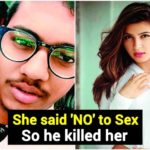