It is truly heartbreaking to come across the stories of married couples getting separated from each other in their lives due to various reasons. The separation doesn’t necessarily reflect on the lack of chemistry between the couples but it may have happened due to a different state of circumstances.

Take for example- Kerala couple. They both got separated due to the freedom struggle. Back in the late ’40s, thousands of Indians suffered at the hands of British. The fight led to people getting separated from their loved ones and Kerala man Ek Narayan Nambiar is one of them who faced an unpleasant experience.

Narayan and his then-wife Sarada married when they were young. Sarada was 13 and Narayanan was 17 but just 10 months into their marriage life, Narayanan and his father identified as Thaliyan Raman Nambiar, led the Kavumbayi agitation from the front and went underground.

They were caught 2 months later and jailed for partaking in the land struggle. Following his arrest, Sarada was sent to her parental home and she never saw him again.

Finally, after 72 long years, the couple have been reunited. An unmatched feeling that cannot be put it in words. Unfortunately, the past memory was an unpleasant experience. When Narayan was away, burglars ransacked his wife’s house and was set on fire by the Malabar Special Force. Narayanan was sent to prison for 8 years. He served his term in three different jails at Kannur, Viyyur and Salem.

“His father was shot dead in Salem jail on February 11, 1950 and Narayanan, a living legend of the struggle, had 22 shells pierced in his body, of which three could not be removed,” Mr Kumar said.

Just after this fortunate coincidence, a meeting was arranged and Narayanan (widower currently), came to see Sarada at Bhargavan’s home at Parasinikadavu with some of his relatives. At first, Bhargavan said, his mother didn’t step out and talk to Narayanan, but after much pleading, she then agreed.

Both were in complete silence for some time and they both wiped away tears. 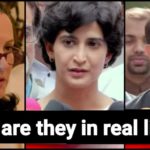 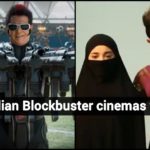