The BJP leader who was travelling from Amritsar to Ayodhya on the Saryu-Yamuna Express posted a video online which was then shared by The Print’s journalist Chitleen K Sethi, saying that there is no “Acche Din” for Indian Railways.

Soon after her remarks, Punjab BJP head Shwait Malik defended the party explaining very clearly that after the Modi government came to power, a lot of improvisations have been done to enhance the condition of Amritsar railway station.

As per The Indian Express, on December 22, Chawla, during her journey, from Amritsar to Ayodhya recorded a strong video message, in which she cited the deteriorating condition of the Indian railways.

As you can see in the video below, she complained about the 9-hour delay of her train, regarding the inadequate toilet facilities and also criticized about ticket examiners as they are ‘illegally selling seats’ to passengers at maximum prices.

According to Chawla, the train was delayed by nine hours and by the time the train arrived the destination – Jayanagar, Bihar, the travel time was delayed by 14 hours. Chawla complained that there was no water in the train, no facility for food, and even added the toilet seats were broken. Chawla can be seen saying that the government must forget bullet train plans for now and should focus on the conditions of currently running trains.

Senior @BJP4India leader from Amritsar Laxmi Kanta Chawla tells @narendramodi & @PiyushGoyal to "forget" about #bullettrain and instead focus on those already running.
She made this video aboard the Saryu-Yamuna train which was delayed by 14 hours.
Part 1 of the video: pic.twitter.com/dC0ZEyk1ge

Here is part 2 of the video BJP leader @laxmi_chawla made aboard the Saryu-Yamuna train while on her way from Amritsar to Ayodhya.
" It would be better if you travel in these trains like a common man @PiyushGoyal ji, " she says. pic.twitter.com/EXOc6TkAjh

“My only appeal to the government and PM Modi is, please take pity on us common people. The trains are so broken down… We have suffered so much difficulty in the past 24 hours, the train changed direction and is running late, but no one is giving us any information. There is no food arrangement for people spending extra 10 hours on the train.

Forget about trains that run at 120 km or 200 km per hour. People are on the footpath, there is no waiting room and people are sleeping in the open in such biting cold – Piyush Goyal ji and Modi ji” 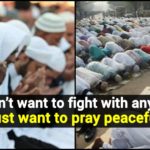 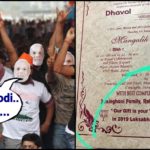