There is no hiding to the fact that our country is in the grip of statue fever of late. Of all the structures, Statue of Unity was the one that gained too much attention from across India for its tallest structure, as it stands 182 metres, which is the tallest statue in the country.

In 2017, Naidu had requested the master architect – Foster + Partners of UK to prepare the designs, concepts with global standards. The design has nearly been finalised by Naidu, with the blueprint being submitted to the state government by Foster + Partners firm.

Amaravati masterplan project has the design of two key buildings. The legislature assembly and the high court complex, as well as several secretariat buildings, where the offices of state administration are located. The building is backed by a 250 metres high conical roof including a broad overhanging canopy that gives shade while also permitting for the breeze to blow through the building.

The new building is expected to have two galleries, one at 80 metres which has enough space to accommodate 300 people and the other at 250 metres accommodating 20 people. What really makes the structure special is that it will be cyclone and earthquake proof. 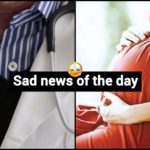