“See the ball and smash it” is Smriti Mandhana’s style. Smriti’s contributions speak huge volumes. She has proved a real case for herself as a viable opening batswoman, capable of setting the platform for the team’s passage of play.

She went on to reach 1000 runs in the shortest format of the game and became the second-fastest Indian after Mithali Raj in women’s cricket to achieve this feat.

Mandhana scripted history when she went on to hit a career-best 83 to steer India to 167/8 against Australia in their last ICC Women’s World T20 group B match in Guyana on Saturday. It was Smriti’s first T20I fifty of the calendar year and reached the half-century in just 31 balls.

Also, she became the fastest to reach the mark, outsmarting her skipper Harmanpreet Kaur’s record (who got there in 33 balls).

Mandhana’s mind-boggling innings was highlighted with 9 fours and 3 sixes in her 55-ball 83-run knock, which pretty much sums up how she thoroughly dominated the game through and through. Her fruitful knock was so crucial that India beat Australia by 48 runs.

Post the Indian innings, Mandhana said that she was upset with the way she got out. “First few matches I was disappointed with the way I was getting out,” said Mandhana.

“This time I didn’t want to let the team struggle by getting out after being settled. I always enjoy batting with her [Harmanpreet]. Left-right is always a deadly combination as the bowlers lose their lines. Against a good side, we need to come out well. That’s not on our mind as we always come out with the intention of doing well,” she added. 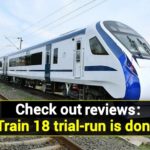 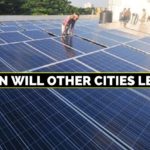