Wanted Islamic televangelist Dr Zakir Naik has supported the torching and destruction of the ancient Hindu temple in Pakistan’s Khyber Pakhtunkhwa, stating that there should not be any temple in an Islamic country.

The endorsement from the radical Islamist preacher came days after the historic Krishna Dwara temple was vandalised and set on fire by an unruly mob of hundreds of people led by local Muslim clerics from radical Islamist party Jamiat Ulema-e-Islam.

The incident took place in the town of Karak and drew widespread condemnation from human rights activists and Pakistan’s Minister for Human Rights, Shireen Mazari. Mazari on Wednesday took to Twitter to condemn the burning of the temple and urged law enforcement officials to ensure the arrest of those involved.

“Strongly condemn the burning of a Hindu temple by a mob in Karak Khyber Pukhtunkhwa. KP govt must ensure culprits brought to justice. MOHR also moving on this. We as a govt have a responsibility to ensure safety & security of all our citizens & their places of worship,” Mazari tweeted.

He further informed that the district administration has registered an FIR and detained several people. District police chief Irfan Ullah too said police detained several people over their involvement in the attack on the temple. Witnesses said the mob, led by activists and local leaders of the radical Jamiat Ulema-e-Islam party, attacked the temple after local Hindus received permission from authorities to renovate it. The article was sourced from zee news. 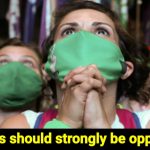 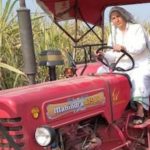