In the competitive world, getting placed in a reputed organization is deemed to be the toughest challenge. Nobody can deny that! Despite such major challenges, S Asker Ali from Meitei-Pangal community of Manipur came through with flying colours as he became the first proud IAS officer from his community. Let’s take a moment to appreciate his success. Asker Ali’s success didn’t come that easy who comes from the marginalised community. Digging deep, Meitei-Pangal is a minority community with a powerful history that dates back to 400 years.

Asker’s family empathises with evergreen field agriculture and he is the second of five siblings. He graduated from Delhi University with specialization in Physics. Post his graduation, he enrolled at a coaching institute. He said that with limited opportunities, people from his community didn’t shine much. In addition to that, Asker Ali faced financial difficulties. But he didn’t allow personal problems come across his dreams. Despite difficulties, he cracked the UPSC examination in 2015 by securing 167 rank, according to The Better India.

In a conversation with Humans of Lbsnaa, he said he learnt the value of hard work when he and his parents worked in the fields. “During school, I used to work with my parents in the fields. That ingrained in me the value of hard work.” The proud IAS topper Anudeep Durishetty credits his success to Google and Youtube which helped him gain broad spectrum of knowledge on subjects.

He further added,”Today, I am the first direct IAS – that’s a feat that is mine forever, something I will always be proud of. I also believe its special because it may be a small success, but it will be an example for others to follow in our community. How education can be a game-changer will be seen by the community, and that’s a step towards a better future. 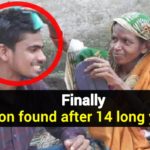