For those who come from a humble background with only limited resources at the helm, here is one such story that will inspire you to the core. From an Ola cab driver to a proud Army officer, the 25-year-old Om Paithane’s story is one that needs to be told for those who are struggling to improve their lives.

When opportunity knocks the door, you need to grab it so tight that you shouldn’t let it go and Om Paithane did the same. He made use of the opportunity to good effect and now he touched the pinnacle of success. Let’s dig in deep about his story.

Om Paithane’s family hails from Limbarui village in Beed district. His father was a driver who unfortunately lost both his legs in a road accident and was working as a watchman. He had to support his family while pursuing BSc computer science stream in the final year but, he got backlogs.

He made up his mind to start plying his trade for Ola cab services. But one fine day, he stumbled upon a retired colonel Bakshi who hired his cab. It was when his life started to change. With a bright smile on his face, he started talking with the retired colonel and in reply, the latter responded well. Both had a meaningful conversation.

The veteran colonel spent some quality time to tell the driver about the opportunities in the defence services examination. In an interview, he told the media, “My father was a driver who had lost both his legs in a road accident and was working as a watchman. I had to support the family while studying for final year BSc computer science but I got arrears. So I started to drive for Ola. One day, a retired colonel hired my cab. We started to talk and he told me about the combined defence services examination and the endless opportunities it brings.”

He then referred him to Lt. Col. Ganesh Babu, the then Director, Armed Forces Officers Selection Orientation Programme. After this experience, Om drove the cab for six months, and then made up his mind to appear for the CDS exams in 2016 and he successfully cracked it in the first attempt.

Post that, he cleared the Service Selection Board (SSB) exam in Bhopal to avail himself for the OTA for a year-long training.  Paithane was among the 257 cadets who passed out from OTA on March 10. Om Paithane’s success story from a cab driver to an Indian Army officer is well and truly inspiring.

After he came through with flying colours, he contacted the retired officer to tell him a good news. “I made the first call to the retired officer when I got through. He was guiding me throughout. I remember the careless version of me. Though I enjoyed it, this life is better. The training has taught me discipline and manners, which I am proud of,” he added. 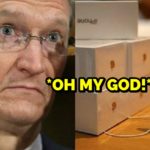