India’s incredible skills in Chess have never been in thought. Team India, on Monday, comprehensively trounced the opponent Egypt in the open section at the 43rd World Chess Olympiad at Georgia’s Batumi. Let’s spare a moment to appreciate India for their marvellous victory.

Following 2 wins, 1 draw and a loss, the Indians found a way to knock out the Egyptians 2.5:1.5. The Indian women’s team ended in a pulsating 2-2 draw with the Georgia team, while the former world champion, Viswanathan Anand, P Harikrishna and K Sasikiran contributed 2 wins to their lofty standards of sharpness and tactical moves.

Playing on the second board, Harikrishna was gifted with a positional advantage early on in the game and directly mounted the pressure on Ahmed Adly to essay India’s first win in the round in 42 moves. With this win, Harikrishna broke the last 3 rounds of draw spell. Likewise, Sasikiran did not have to worry too much against Abdelrahman Hesham on the 4th board to score a full point after 56 moves.

As far the top board is concerned, former world champion Viswanathan Anand, possessing first-mover advantage with white pieces, drew against Bassem Amin in 35-move spell. This draw sums up Anand’s 2nd consecutive draw at the Olympiad in Georgia. 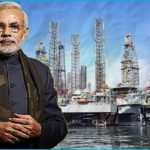