An eco-friendly public toilet has been built at a total cost of ₹90 lakh. It is believed to be Mumbai’s costliest public toilet which has been opened at Marine Drive. It chips in with Marine Drive’s art deco architecture, constructed under the Corporate Social Responsibility (CSR) initiative by the joint initiative of JSW Group and Samatech Foundation.

It has been given to the Brihanmumbai Municipal Corporation (BMC) for maintenance. Public will not be charged for the next 2 months after which a fee maybe charged.

“Several other companies and consultants have contributed their expertise and materials free of cost for the [Marine Drive] project. The design of the toilet goes with the art deco architecture [around] and was built using weathering steel. It has solar panels installed on the roof which will generate enough power to illuminate the toilet,” said Akshat Gupta who is the co-founder of Samatech.

“We have made sure that the waste is not disposed in the Marine Drive bay and will be carried from the sewage tanks to the civic body’s sewage treatment plants,” he said.

On Monday, Yuva Sena chief Aaditya Thackeray launched the public toilet which is located opposite the Air India building. “This is a world-class facility being made available to citizens. The toilet has been built under the CSR but it is our responsibility to keep it clean and well maintained,” he said.

This toilet is deemed to be the only public toilet in a 2.8 km radius of the Marine Drive promenade. Kiran Dighavkar, assistant municipal commissioner of A ward (Fort, Nariman Point), said, “We will observe the maintenance and the usage of the public toilet for the next two months and will then decide if we should continue it without charging users.”

One of the civic officials estimated that it could cost the BMC up to Rs 1 lakh per month for the toilet’s maintenance with regards to house-keeping services, sewage transport, and maintenance of solar panels/

Harshita Narvekar, the local Bharatiya Janata Party (BJP) corporator, said. “The idea to build this toilet was initiated by Nariman Point Churchgate Citizens Association last year. The existing toilet was poorly maintained and needed to be revamped,” she said. 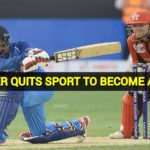