Maya Vishwakarma, a woman scientist in Madhya Pradesh who returned from the US has been intensely working on an important mission to create and spread awareness about menstrual health to the tribal women by offering them affordable sanitary pads. She is a good example of how the taboo surrounding menstruation affects girls and women in our country.

Coming from a village in MP’s Narsinghpur district, she had no clue or she did not know anything about sanitary napkins until she was 26 years old. As a consequence, she encountered a lot of health issues, and now the 36-year-old woman is silently working to ensure that other girls and women do not have to go through such terrible situations like her.

This is why she is popularly called the ‘Padwoman’ of India’ and in an interview with PTI, she said, “I was told to use cloth by a woman relative during my first period. This had caused several infections. Talking about menstrual health is still a taboo in our society. My experiences in early life inspired me to work in this field.”

Talking about Maya’s parents, they were agricultural labourers and had to work hard day and night to make money to meet the needs of the family. Even during these tough times, they did not force their daughter into a marriage nor did they restrict her from studying. After schooling, she did her P.G in Biochemistry from a university in Jabalpur.

Post that, Maya did a research stint at AIIMS, Delhi before locating to the US where she worked as a cancer researcher for leukaemia. Maya started Sukarma Foundation in her hometown 2 years ago only returning from the US to India.

Maya visits women from all across India creating and spreading awareness about the virtual importance of using sanitary napkins and breaking the taboos around menstruation. Her foundation also manufactures sanitary napkins at a cheap and affordable cost and give them to these girls and women.

In the two years since she started her mission, she has already changed the lives of more than 2,000 women across the nation. Describing her work to The New Indian Express, she told, “The money for the machine and the unit was sourced through crowdfunding, personal savings and from friends working abroad for the California and India chapter of the Sukarma Foundation founded by me.

It was while scouting for the best and cost-efficient machinery for producing sanitary pads that I met the real ‘Padman’ (Muruganatham) two years ago and saw the machine being used by him.” 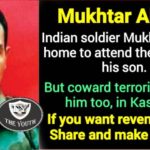 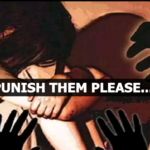