There is nothing in this world as powerful as mother’s love, care and affection. When you get full support from your mother, you are destined to touch the pinnacle of success.

Tracy Darlong, the kick-boxer made the entire nation proud when she clinched a gold medal in the 55kg category at the National Savate Championship. Hailing from Tripura, the shining talent in the sport. She is aiming for the prestigious prize at the Olympics.

Coming from an economically poor background, she wouldn’t have had the funds to partake the tournament. Credits to her mother. It was because of her mother, she made it to the tournament. The kickboxer’s mother sold her Jewellery so that her daughter could participate. This is not the first time that mother’s power drove her son or daughter to a sensational success.

Tracy Darlong knew exactly what she wanted to do in the event and much to everyone’s expectations, she proved that she is worth the weight in gold. Yes, the kickboxer showed the world what she is capable of cashing in on crunch situations of the game.

She lost her father last year and financial problems mounted on the family. Her Bikaveli works as an Accredited Social Health Activist (ASHA) in her village of 82 Mile but she hardly earns more than Rs 2,000 per month.

In class 9 kickboxing coach Pinaki Chakraborty visited her school and spotted Tracy’s talent. Now the government in Tripura stepped forward to offer her assistance. With good support, she can come through with flying colours and make the nation proud in the bigger stages to come. 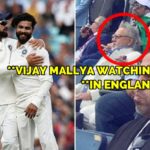