Nobody bats an eye about your colossal bank balance but people respect you to the core when you start giving something back to the society. Generous people like Sushant Singh Rajput hits the headlines for all the right reasons. He is proving to be a good Samaritan.

He won millions of people’s hearts when he donated a whopping Rs.1 crore for the Kerala flood-hit victims in a fan’s name to assist in relief works during the Kerala floods. Sushant shared details on his social media handles.

A die-hard fan of his tagged him saying: “Sushant Singh Rajput, I don’t have money but I want to donate for the flood. How can I donate? Please tell me.” Sushant obliged by donating Rs 1 crore in the fan’s name. “As promised, my friend, @subhamranjan66, what you wanted to do, has been done. You made me do this, so be extremely proud of yourself. You delivered exactly when it was needed. Lots and lots of love. Fly. Cheers,” Sushant adds with a hashtag, ‘My Kerala.’”

Countless people on social media showered praise on the Bollywood actor for his recent donation. Following that, Sushant Singh once again donated a staggering Rs.1.25 crore for Nagaland.

On Tuesday, the star actor visited the flood-hit state of Nagaland and met with Chief Minister Neiphiu Rio. He stepped forward and did his bit to the region and has reportedly donated Rs 1.25 crore to help the relief efforts.

As per the reports, approximately 50,000 people have been affected by the flash floods. Analysing all the damage and loss, the state government estimated that Rs 800 crore would be required to bring the state back to normal.

The CM made a plea for help on social media platform. On Tuesday, he tweeted that he was “moved at the kind gesture made by @itsSSR and his team towards #NagalandFloods and willingness to help #Nagaland at this crucial hour. Your contribution is encouraging and I hope to see the rest of the nation come forward selflessly, to #DonateForNagaland.”

Sushant, posting a picture of his meeting with the CM, wrote on Twitter, “Thank you, Sir, for your precious time. We,with our full force and determination would work incessantly till the time our #Nagaland is perfectly restored. And this wonderful Gong does make a wonderful sound of friendship. Thanks once again Sir.” 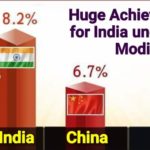 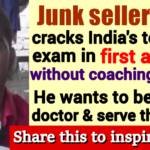